Lydia Chang is the restaurant operator for her family’s group of restaurants, which includes Peter Chang in Arlington, Va., Q by Peter Chang in Bethesda, Md., Mama Chang in Fairfax, Va., and NiHao in Baltimore, Md. Her words follow.

This year alone, two of our restaurants were broken into. The first time was in January at Q by Peter Chang in Bethesda, Md. The second time was just this week, at NiHao in Baltimore.

A friend of mine, who is Chinese and owns a tea shop near Dupont Circle, has told me that at least every three to four weeks since he’s opened his store last February, he’s had someone come in and harass him. Someone almost always comes in and shouts at him to go back to his country. One time, someone came in with a weapon and tried to harm him.

I don’t know how to process if we’re just random targets, or if we as Asian Americans are being targeted. The emotions are so strong, but I’m trying to make sense of all of this, too.

When people ask me, “How do you know it’s anti-Asian?” I want to say to them: “Do you know what it feels like to be an Asian American right now?” If we look at every incident on its own, whomever you are talking to could say, “Oh, this could happen to anyone.”

I’m constantly wondering, am I being too sensitive? How do you actually prove a hate crime against Asian Americans? In a lot of these cases, you can’t. But we do see a pattern here; a lot of the victims are Asian, so how do you explain that? How do people around us not know that that matters? 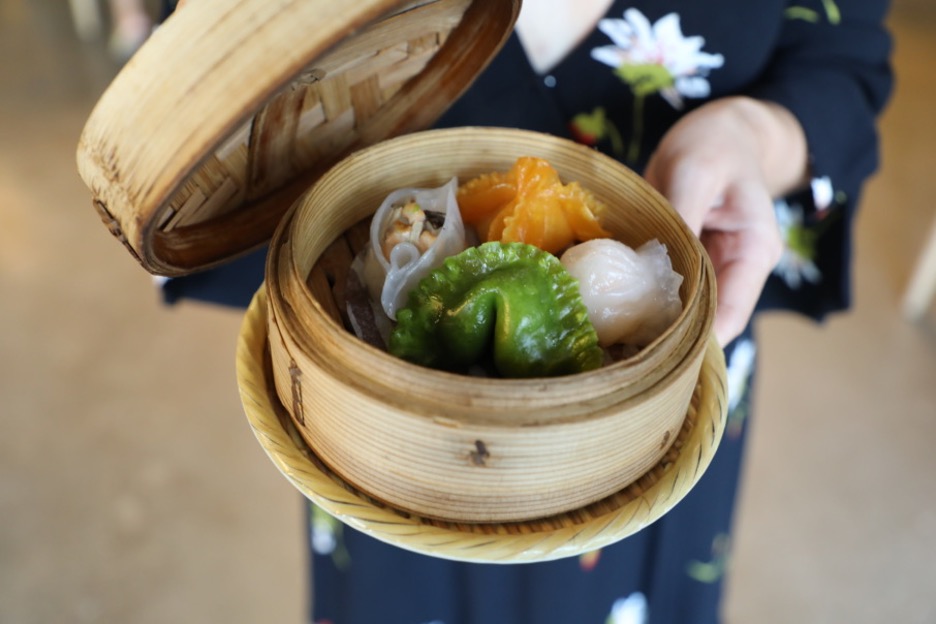 I try not to focus on the “why” so much, like why are we being targeted? Instead, I ask myself how do we change it? How do we stop it?

I’ve had these feelings of being scared and having anxiety, just in my day-to-day life, since the start of COVID-19. My family is originally from Wuhan, China, the same city that had the outbreak first. I was worried for all of my family in China last year. After three months of lockdown, they went back to normal and then they started to worry about us.

I keep thinking, what if my grandma were here in the US with us? What if she just wanted to go for a stroll outside to grab coffee or go to the convenience store? How do I protect her safety when she’s here?

I know this has been with us even before COVID, but knowing what happened to my friend, and knowing everything else that’s happening in this nation, in Oakland, in New York, in Atlanta, maybe we were not raising enough awareness. Maybe we were not speaking up enough about what’s happened. That’s something we’re trying to change.

Like with what we’re doing with the Chefs Stopping AAPI Hate dinner series, we want to bring awareness to it. It’s a good start and with more people getting aware and being involved, I hope we can do something.

Because food is something that’s so close to everyone’s day-to-day, I feel like this is one way we can start to raise awareness. Asian food has provided a lot of comfort to people throughout the pandemic. We can bring a lot of our audiences together and help one another and the community. Sometimes, though, I do find myself asking: If you like our food so much, why not us, too?

I also want to say, be aware of what’s happening and question less about whether we know Asians are being targeted. Look at the facts, the trends, the overall picture.

To my fellow Asian Americans and Pacific Islanders, I want you to know, we’re in this together. We’ll stay strong. We’ll stay hopeful. And to everyone, please, stop AAPI hate.

As part of the American Express® family, Resy powers the world’s best restaurants and helps connect diners with the restaurants they love through its best-in-class reservations technology, insider content, and exclusive access and experiences.

To read more about your local restaurant scene, visit resy.com

Resy: Pandemic Pop-Ups Are Changing How We Dine – For the Better

Five Things to Watch in the Restaurant World in 2021

Why Takeout Matters Now More Than Ever

Why Cultural Intelligence Training Should Be a Top Business Priority

Moments That Mattered in 2021: Recapping Key Events in Travel

The Resy Guide to the Must-Eat Dishes of Miami

Our 2021 Gift Guide for Business Travelers